Our focus as a law firm will always be about you.

Over $30 MILLION recovered for clients. 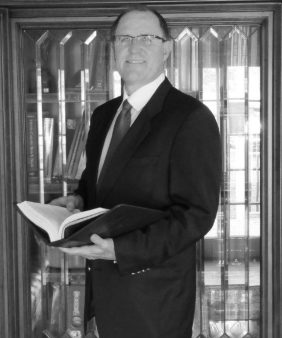 “I WILL FIGHT TO PROTECT YOUR LEGAL RIGHTS UNDER THE LAW.”

Lawrence M. Tylka has more than 30 years of experience and has represented thousands of clients in personal injury claims. He is a member of the Multi-Million Dollar Advocates Forum, one of the most prestigious groups of trial lawyers in the United States. Fewer than 1 percent of attorneys are members.

When every dollar counts, who will you turn to? An attorney who is learning personal injury law on the job or a trial lawyer who has been there, tried the toughest cases and prevailed?

When you are ready to talk to us, we will be here for you.

At the Tylka Law Firm, we help people who have suffered severe, life-changing injuries obtain financial compensation for their medical bills, wage loss, pain and suffering, and other hardships.

With law offices in League City and Galveston, we serve clients throughout Houston, Clear Lake, Dallas, Austin, and all of Texas in personal injury and wrongful death claims involving car accidents, 18-wheeler wrecks, workplace accidents, medical malpractice and negligence of all kinds.

We have obtained numerous six- and seven-figure verdicts and settlements for people who are suffering, people just like you.  Our practice areas are below:

“I make sure you are treated fairly and will help you get the outcome you deserve.”

Larry Tylka and Tylka Law continue to be an incredible law firm for the Galveston & Houston areas.

Commercial truck accidents – such as those involving 18-wheelers, tractor-trailers, delivery truck accidents, vans or buses – can cause serious injuries that require substantial compensation.

The Tylka Law Firm protects the rights of car accidents victims in League City, Galveston and throughout Texas. We will work for your best possible results as quickly as possible. In times of need, the firm may also loan or advance money.

Every injury is a major injury because it affects the life of the injured person and his or her family. If a personal injury has disrupted your life, talking with a lawyer can help you get things back on track.


A workplace accident — especially one involving serious injury or wrongful death — can be devastating for the worker and the family. Attorney Lawrence M. Tylka can listen to the facts about the accident and explain your rights.

The Tylka Law Firm provides dedicated support for those who have suffered catastrophic injuries as a result of motor vehicle accidents, work-related accidents, maritime accidents and other accidents caused by the negligence of others


Families are often overwhelmed by the emotions involved, as well as by the anxiety that comes with medical expenses, funeral bills and loss of income.  Claims towards insurance can often be difficult to collect without an attorney to help.

If you have been arrested, you need a criminal defense lawyer right away! Do not talk to police without legal representation present. The Tylka Law Firm is available 24/7 to help you defend your rights.


You pay for insurance because you expect them to help you when you need it, but insurance companies are all about profit. When the insurance company says “no”, the Tylka Law Firm can fight on your behalf.

…Many Other Practice Areas


Tylka Law focuses on many practice areas. Founded on Galveston Island, we are proud to be a part of the strength and heritage of this community. Learn more about what we do. Tylka Law’s lead attorneys were both born and raised in Galveston.  Whether it is personal injury law or helping you fight a storm insurance claim, we take exceptional pride in serving the community that treated us so well. 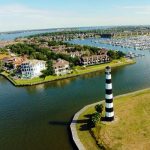 Tylka Law’s main office is based in League City, Texas. As Interstate 45 is a major shipping route through League City, our lawyers help out with many car and truck accident victims.  In some cases we offer medical assistance. Tylka Law attorneys have thousands of hours fighting cases for our clients in the Houston court system.  Recently we have filed cases against insurance companies due to poor compensation for Hurricane Harvey damage. Texans everywhere have been affected by to the arctic weather. This post goes over how to deal with your storm insurance company, and what legal remedies you have available. Texas renters have been displaced by lack of power and burst pipes in their apartments. This post goes over Texas renter’s rights, and what to do if your landlord gives you trouble. 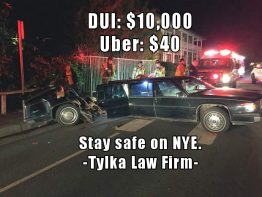 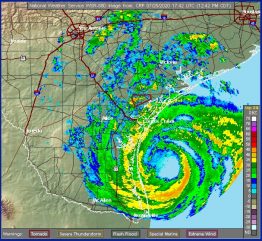 Hurricane Hanna will make landfall on Saturday evening. Corpus Christi, Brownsville and other South Coastal Texas residents will be affected. This post goes over the storm, how to prepare, and what to do after.

Fill out the form below to recieve a free and confidential intial consultation.