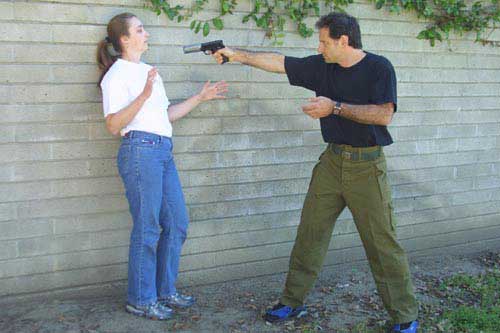 On behalf of Tylka Law Firm and Mediation Center posted in “Criminal Law” on Wednesday, July 25, 2018.

A few years ago in Massachusetts, Jaime Caetano’s ex and father of her two children beat her so badly she ended up in a hospital.  While in the hospital, a friend gave Jaime a stun gun because Jaime mentioned that her ex might hurt her again.  Just as she thought, her ex showed up not long after she was released from the hospital.  Jaime brandished the stun gun and successfully kept her ex away.  As soon as she was safe, she called the police.   She though she was safe, but she didn’t expect the police to arrest her!  Even though Jaime defended her life and hurt no one, stun gun use and ownership is illegal in Massachusetts.  Jaime was arrested and charged with felony possession of a stun gun.

Jaime’s case is really interesting.  Instead of accepting a straight guilty plea, her attorney insisted that she challenge the stun gun law that got her arrested.  After several cases, the Supreme Court of the United States harshly rebuked the Massachusetts law, and the State of Massachusetts dropped all charges against Jaime.  If Jaime didn’t have a good defense attorney, she could be in prison just for defending her life.

Self-Defense Laws in the State of Texas

While Jaime Caetano’s case was important, it took place in Massachusetts.  This is an important distinction, as Texas has generally pro-self defense laws.  There are several self-defense laws and statutes, however for this article we are going over the two major laws.  The first law is “Stand Your Ground”, and the second is “Castle Doctrine”.

Both of these laws give benefit of doubt to the victim of a crime.  If you use lethal force to stop someone from hurting you, technically you will not be charged with a crime.  However, a lot of this depends on many factors both at the scene of the crime and far away.

When a Victim of a Crime Needs a Defense Attorney

Just after someone uses self-defense to stop a crime, typically the first thing they’ll do is call 9-1-1.  This is the right move.  Police and other emergency services need to be on scene to help victims and document everything.  However, many people immediately assume that talking with police is the next, natural step.  This could be very dangerous to a self-defense victim without a lawyer.  One description of the scene can turn into another in under 24 hours.  This is surprisingly common, as adrenaline and shock can make someone recall or forget important details.  This factors heavily with the police you are talking to, the prosecutor, and even political climate.

Instead of immediately speaking with police after a crime, make sure you have a lawyer present.  After you have obtained and/or requested emergency assistance but before you provide statements or speak to investigating police officers contact a criminal defense lawyer you trust. Let the police know that you will fully cooperate with them as as soon as your lawyer is with you.

If you have questions or need help, contact Galveston & League City Criminal Defense Attorneys at the Tylka Law Firm.  We provide free consultations and can help you any time day or night.  If you need help right away, call our emergency line at (713) 829-6048.

We represent clients in Galveston, Houston and throughout the Texas Gulf coast.