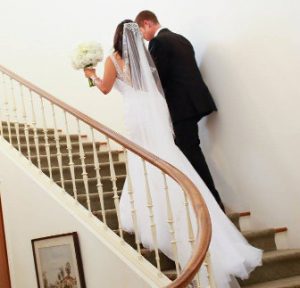 Many people live together and hold each other out as husband and wife. However, when the relationship ends arguments about whether you were married and to what you are entitled can take place. Texas has strict laws about what it takes to be common law married and how to prove the marriage exists and what, if any, property rights the parties may have.

According to Texas Law, Common Law Marriage needs to have three elements as a basis of proof:

Even with these three elements, proof of common law marriage (as opposed to traditional marriage) can be an undue burden.  One of our cases shows this complexity.

In the following case, our law firm was asked to represent a woman who claimed to be a common law wife of a successful businessman.  We will call her “Brenda”, and him “Bill” (not their real names).

Brenda spent many years in a relationship with Bill that was considered to be a common-law marriage under Texas law.  However, Brenda got sick and the relationship failed.  Thereafter, Bill denied that Brenda was his common law wife.  This denial included any claim that she made for interest in community property and with regard to the separate business that she helped him build.  Regardless of the evidence that Brenda could show, Bill and his team of lawyers kept denying her claim and any right to any bank accounts or property, community or separate.

Tylka Law Firm’s Texas divorce lawyers were successful in finding a medical insurance affidavit Bill signed.  This affidavit represented Brenda as Bill’s wife so she could get medical insurance. After uncovering this evidence, Bill consented and agreed to the existence of a common law marriage.  A significant settlement involving property and monetary benefits was awarded to Brenda at mediation.